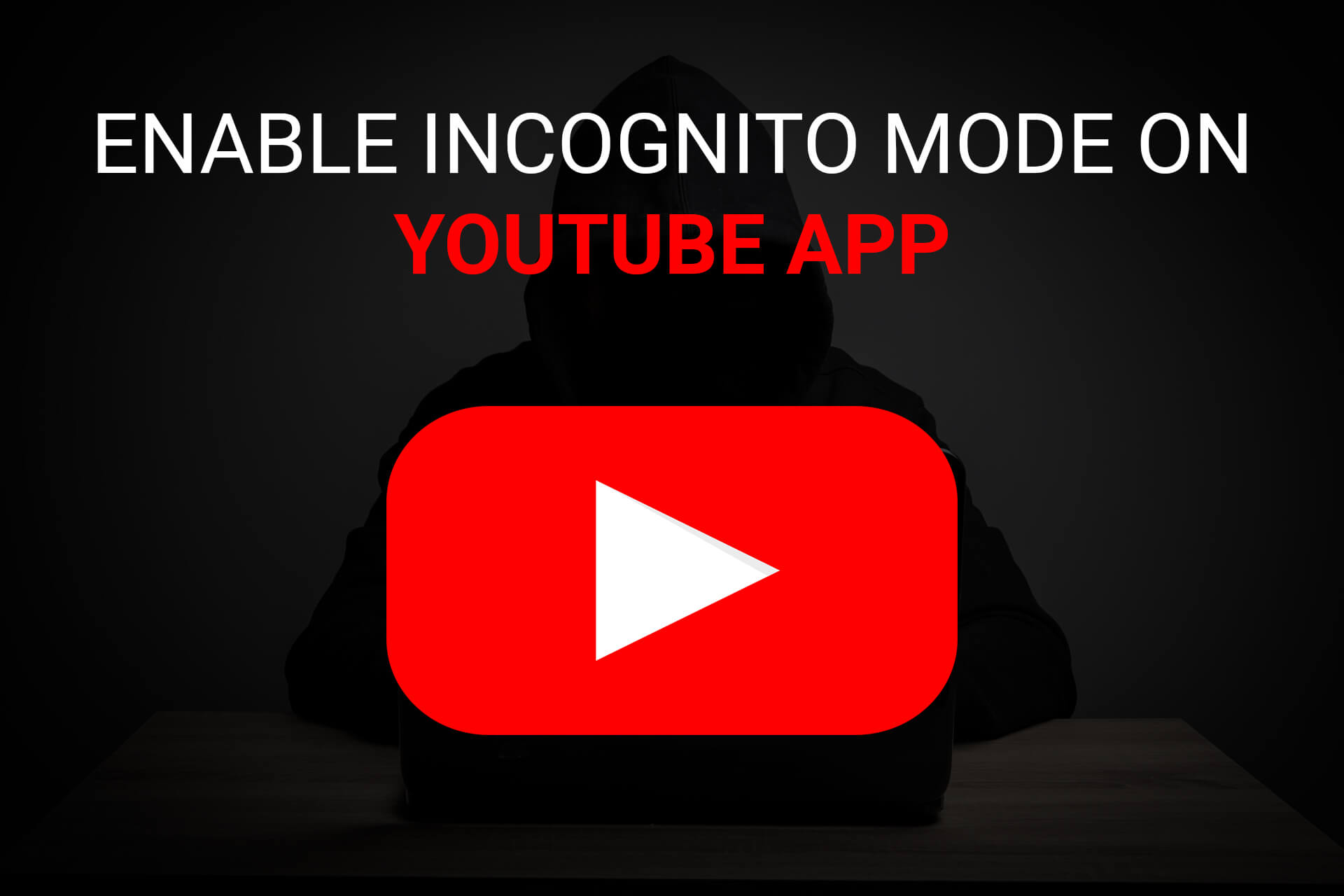 Ever dream’t of the day when you could finally watch YouTube videos without leaving history traces? We totally understand if you did. Because we did it too! We had been vouching for something similar to the Google Chrome’s Incognito Mode for YouTube.

YouTube just got better for Android users. Google had been testing it for some months now and finally rolled out Incognito Mode for YouTube. The good news is, it works exactly as you would expect. Under this new improved mode, your viewing history is not created meaning nothing you watch goes into your search.

What is YouTube’s Incognito Mode?

Just like Chrome’s, YouTube’s incognito mode is a private mode. With this mode on, whatever you are watching or searching on YouTube won’t be visible in its history. Best of all, there will be no related suggestions tainting your home screen anymore.

In simple words, it works like as if you are opening YouTube in Google Chrome’s Incognito window. Now, you can do it from the app itself.

Like for example, you have given your phone to your kid to watch a video on YouTube. Under normal circumstances, you would have ended up with kid-friendly video recommendations for eternity. Now, you can simply, flip into Incognito Mode before giving away your phone and you’ll get your peace of mind back.

YouTube’s incognito mode has the signature icon with hat and glasses. Your profile picture gets replaced by it, and there appears a bar at the bottom stating ‘You’re incognito.’ While the menu bar is fully visible in this mode, only Home and Trending options are accessible. Tapping on either Subscriptions, Inbox or Library, a blank screen will appear asking you to turn incognito off.

How to turn on YouTube’s Incognito Mode?

Easy! To get started, you need to update your YouTube app to its latest version. Therefore, go to the Google Play Store, open YouTube and update the app first. 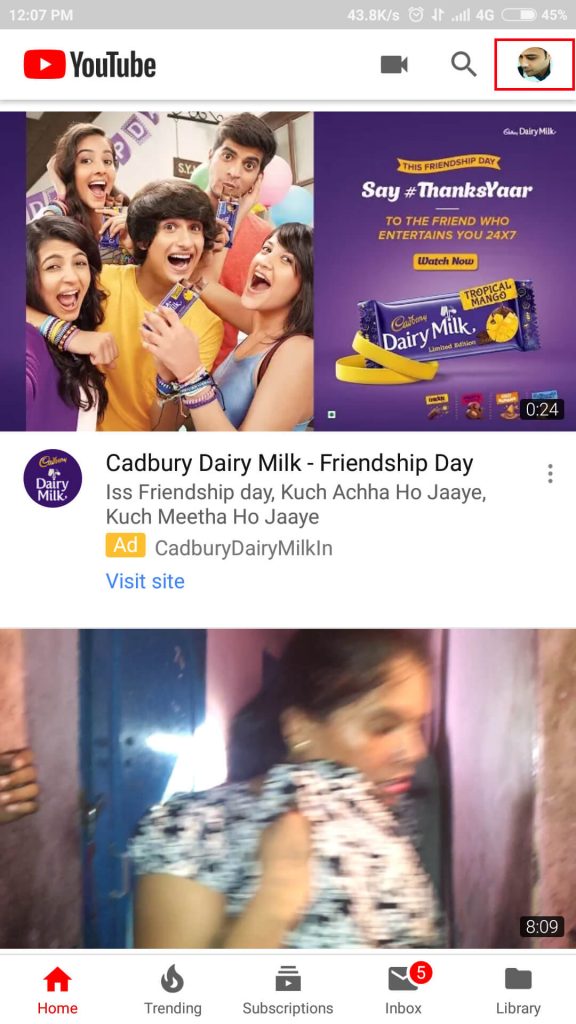 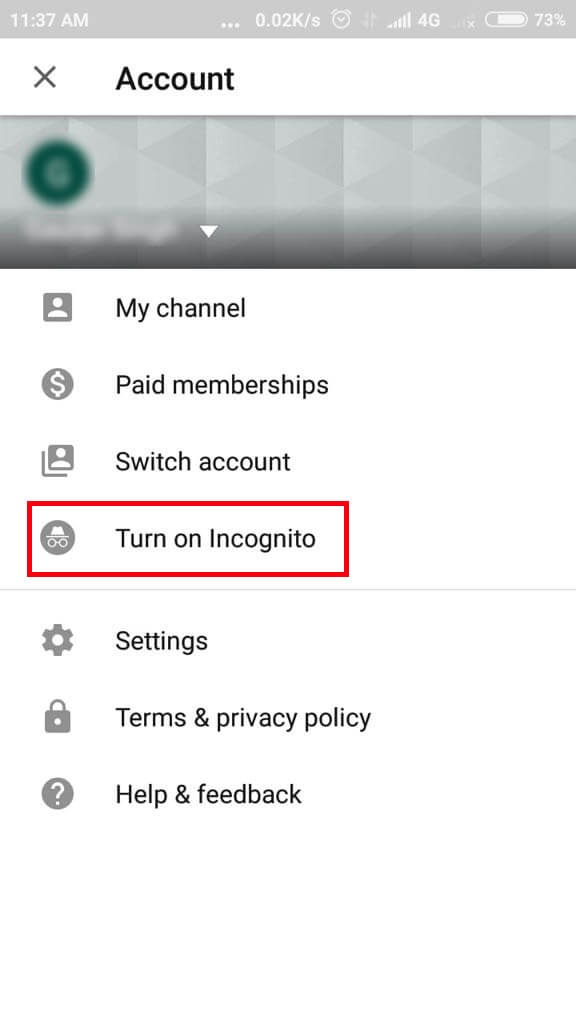 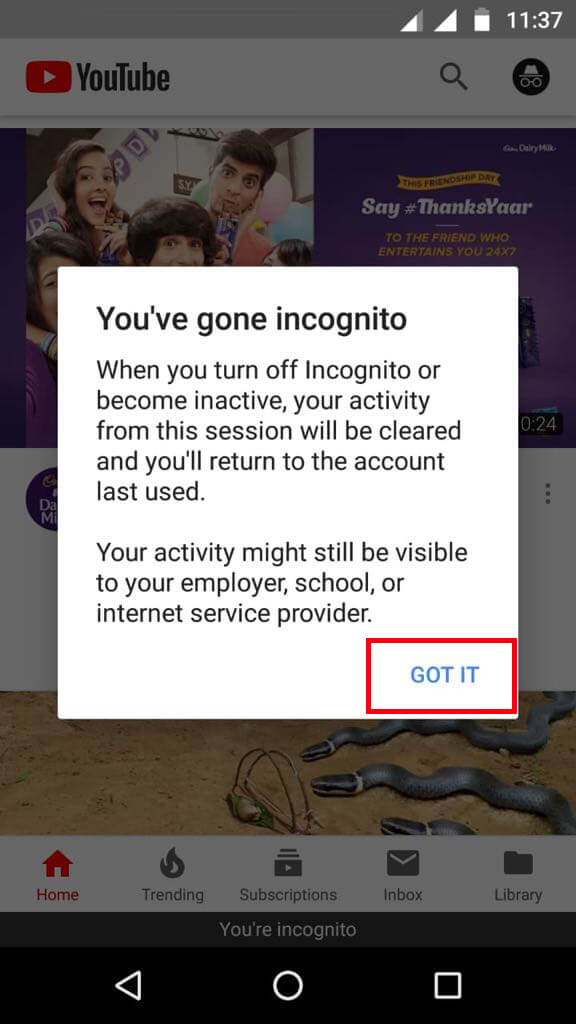 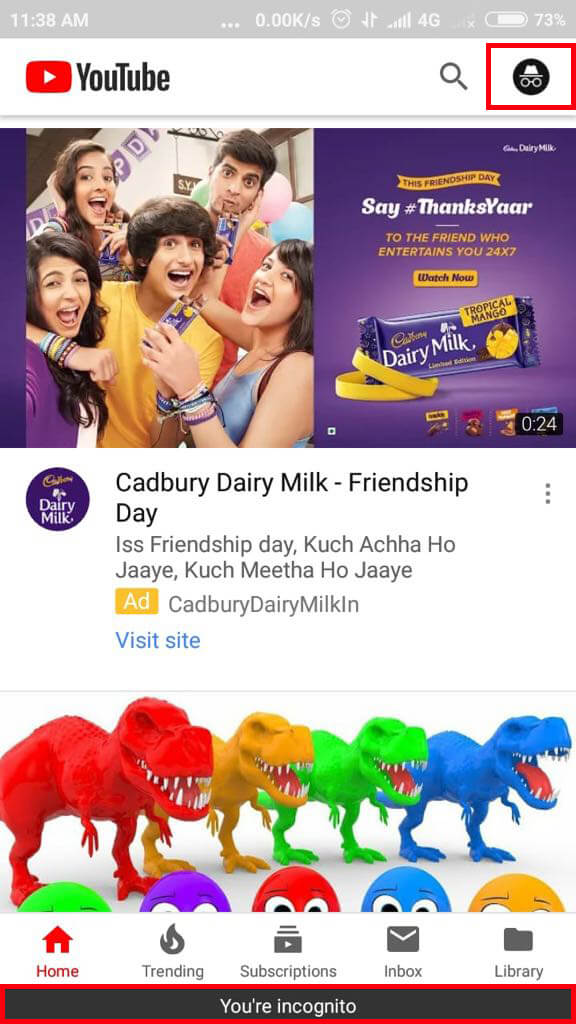 How to turn off YouTube’s Incognito Mode? 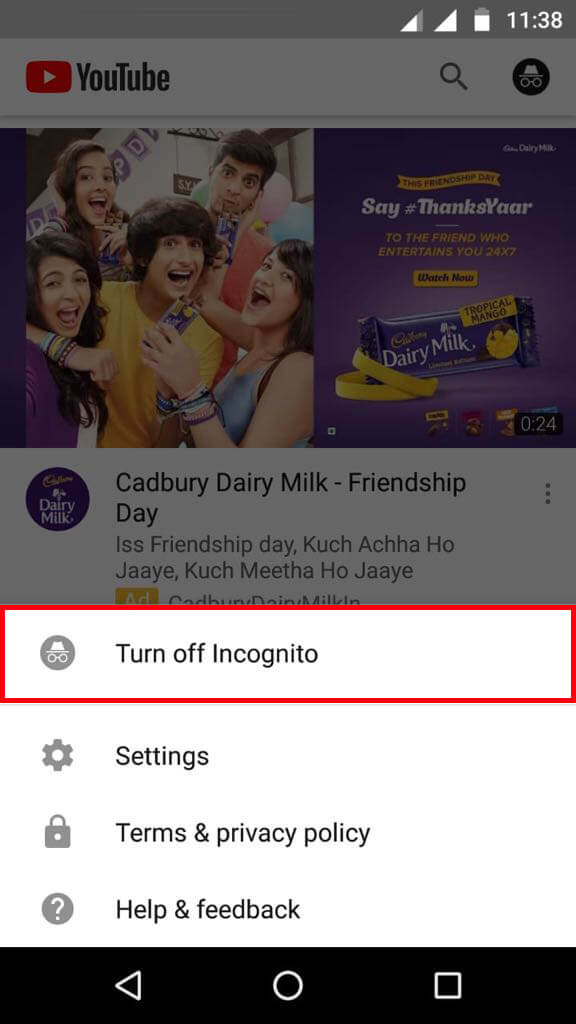 Restrictions you need to know about the Incognito Mode

Anonymously viewing video sounds wow! But this brand new feature of YouTube is not without restrictions. Your subscriptions will be locked while you’re incognito. And to view it, you will have to opt out of the mode.

Similarly, you cannot access the library and inbox because of the obvious. While in the incognito mode, you are no longer signed in to your account. You cannot even save videos to your playlist either.

One thought on “Know About YouTube Incognito Mode And How To Enable It?”